Three dishes from the family lunch on 2015-02-19. No, I’m not going to describe what they are. And, well, I’m not gonna talk about how they tasted, either. 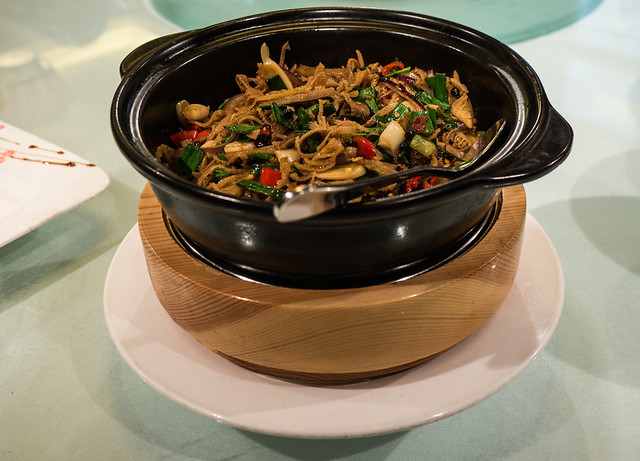 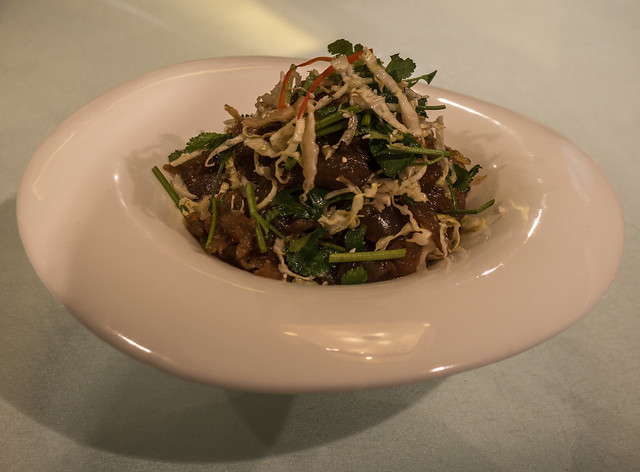 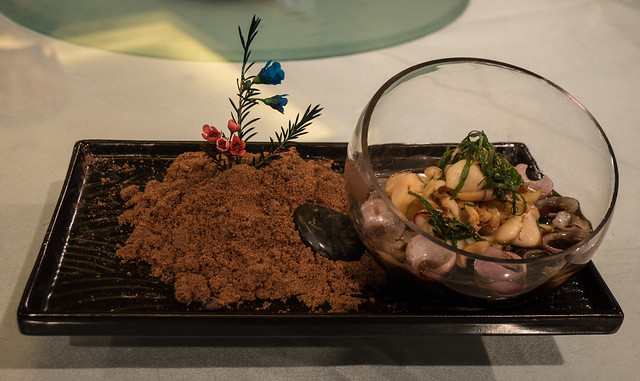 Things can happen big in Beijing. Sometimes, too big. Take, for example, the roll-out of these concession stands across the city. I think they started being setup toward the beginning of last year… often competing with vendors serving food from san lun ches. Then, somewhere around the end of the year… poof, the vendors were gone. Some stands were taken away, some were re-purposed by other vendors, and some were just left to rot like the one above.

This is the Shun Fung restaurant, which my wife tells me is known for high-quality Cantonese Seafood. She says that it is also very fancy and expensive.

I was intrigued by the contrast between the massive neon sign and the little man in the large red coat,bow tie, and black cowboy hat.

The photo is a composite nine shots taken with my Canon IXUS 980IS, and stitched together using Adobe Photoshop. In developing the photo, I tried to ensure the blacks were okay, but that one could still see the scaffolding behind the signage as well as the branches in the upper left-hand corner.

There’s a lot of detail in the shot, which I also like. If you click on the picture, it’ll take you to a large version on flickr…. give yourself some time to explore it. 🙂