Earlier this month, Shanshan and I were taking Chong Chong on a nighttime stroll around our community. When we were passing by our favorite traditional Beijing restaurant, he wanted to break away from us. So, we let him, and here’s what happened.

He has a thing for stairs, so he climbed up some of them, and then started playing around. He caught the attention of one of the costumed greeters, who then helped him up to the top. 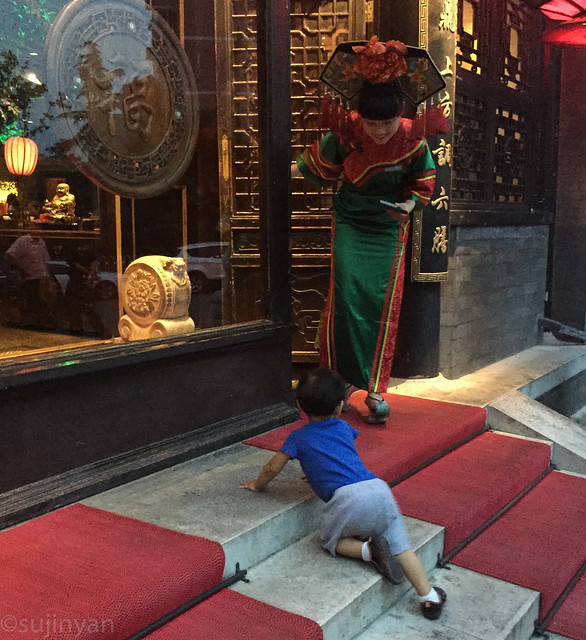 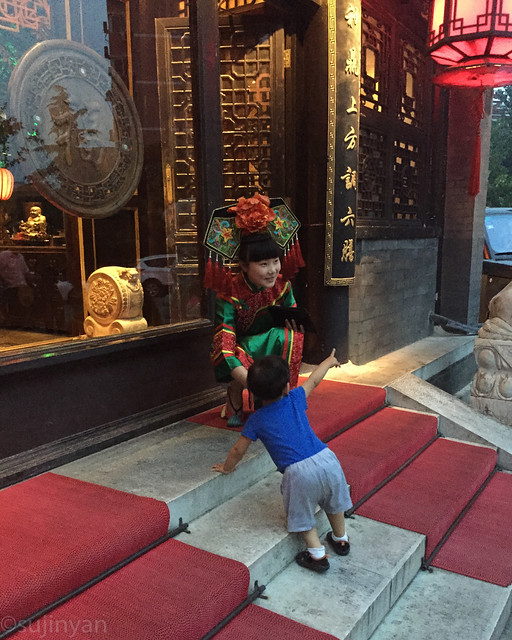 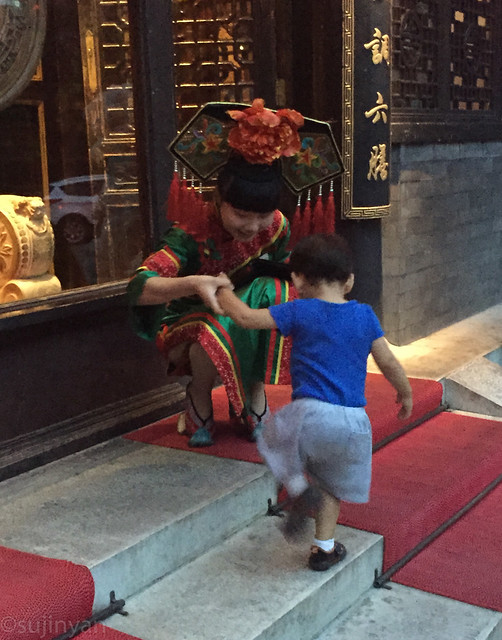 After she brought him to the top, the greeter went inside, and one of the managers came out to spend time with him, and coax him inside (I just love this shot of greater taking a picture of him). 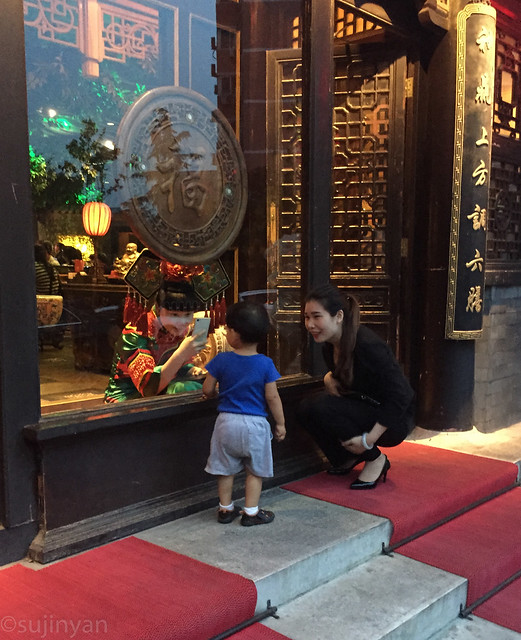 After he was safely inside, one of the other managers grabbed him, and took him to the front of the restaurant to see the bian lian performance that was in progress. 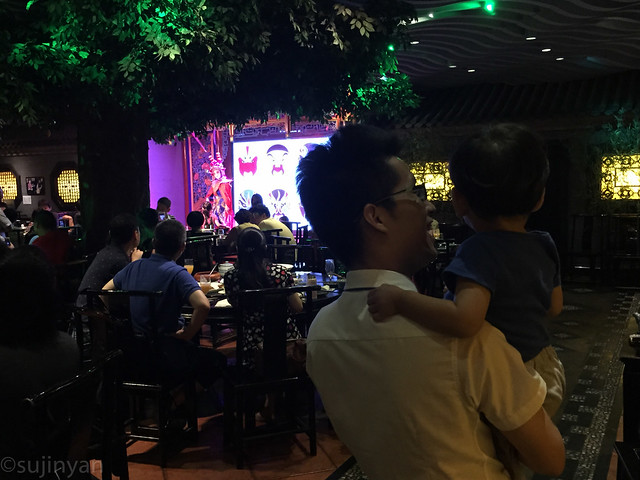 He was just in time to see the performer as Sun Wukong! 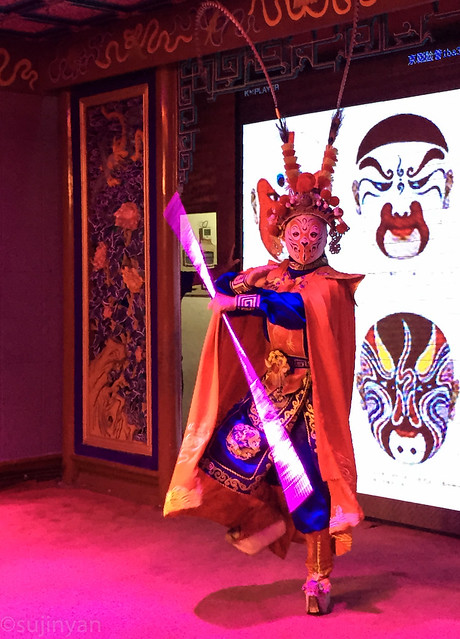 And, took a photo with him after the show. 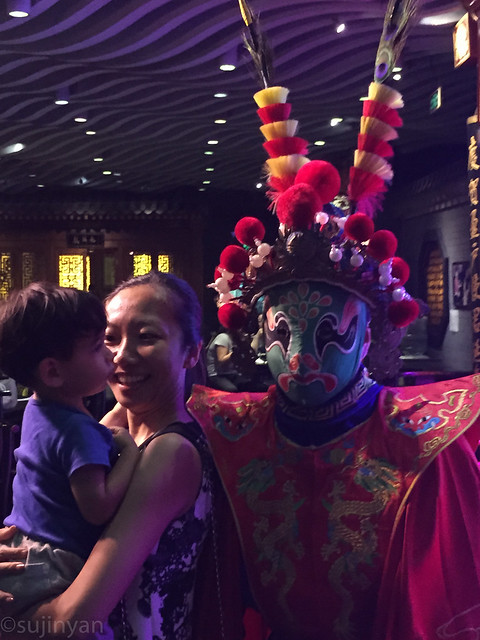 A building in the Ocean International Center. One of three quick snaps from a taxi with my iPhone 6. Again, the tuning comes courtesy of Adobe Lightroom.

And, yep, our summer of (mostly) amazing weather continues. 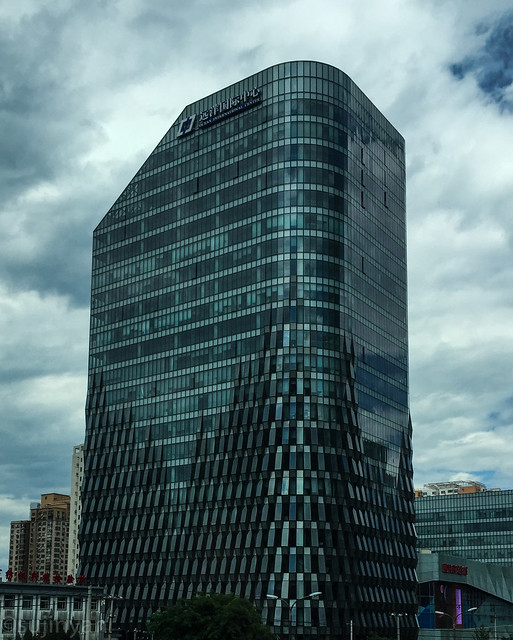 Taken in The Village at noon last Friday, about an hour or so before Metal, Brick, and Glass. Again, with my D300 / 14 mm combo.

I hate this area. Abhor it. Full of tourists (foreign and otherwise) and trendy/chic people with whom I’ve got next to nothing in common. If it weren’t for the Apple store, or a Belgian beer pub called The Tree, I wouldn’t visit there at all. Okay, well, Blue Frog ain’t bad either, but that’s it.

The place is usually chockablock full of people. It was cool to take a photo of the square when it was relatively empty. 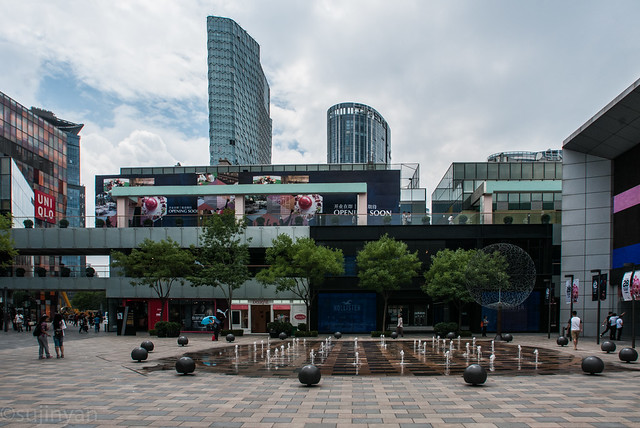 From a window display inside the China World Mall, the first of many upscale malls which now can be found around Beijing.

Although this was just a quick snap with the back camera of my iPhone 6, I spent a lot of time developing it with Lightroom, including removing reflections from the display glass and those pesky wires holding the tutu in place. (If I knew how to use Photoshop, I might’ve also removed the pedestal.) 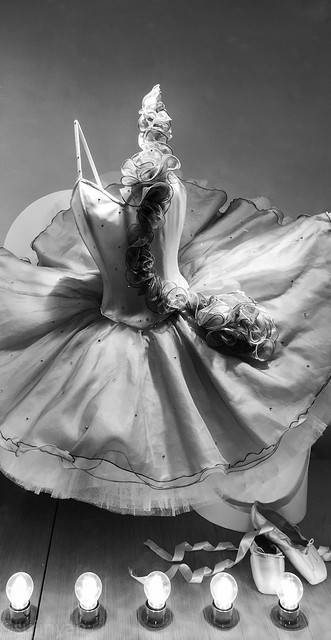 This was taken at a pedestrian overcrossing close to my apartment complex that straddles the North Fourth Ring Road. Chong Chong only held my finger a couple of times on his way down. 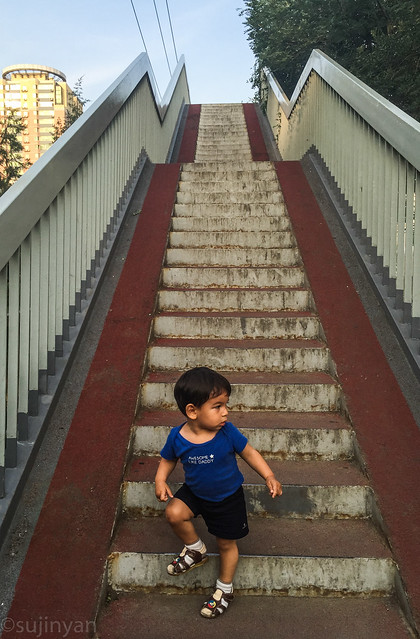 Two views of the same apartment complex from a pedestrian overcrossing in my neighborhood. 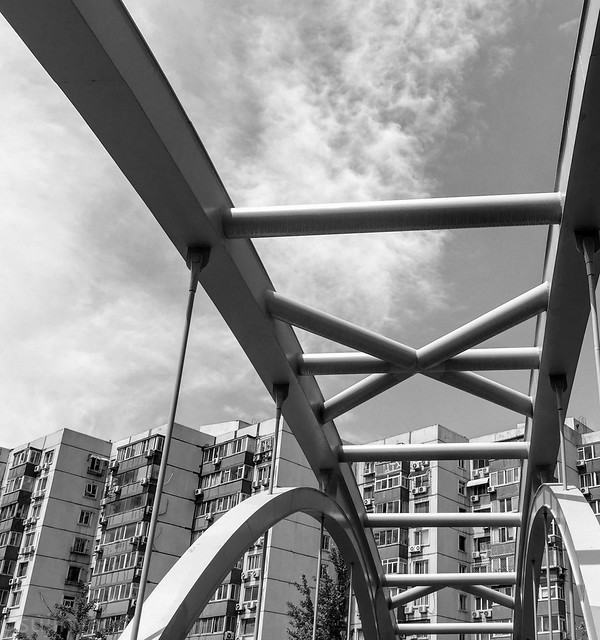 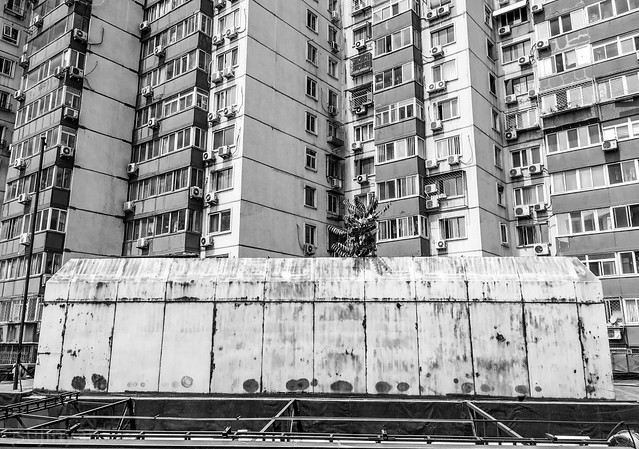 This picture was taken around 1 pm today by with Shanshan with her iPhone 6 at the Solana mall. 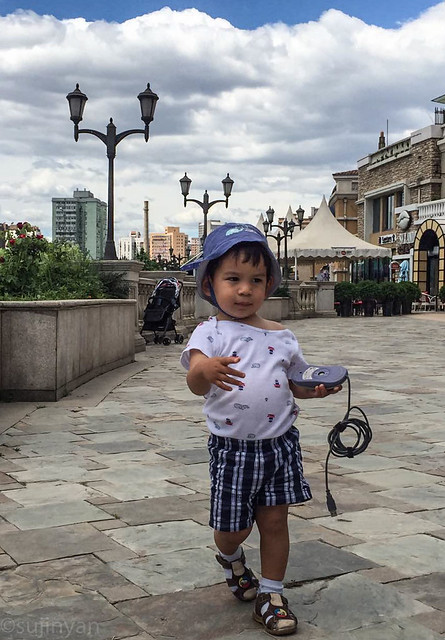 Oh, and continuing the theme from yesterday, the AQI was around 20 when this picture was taken.