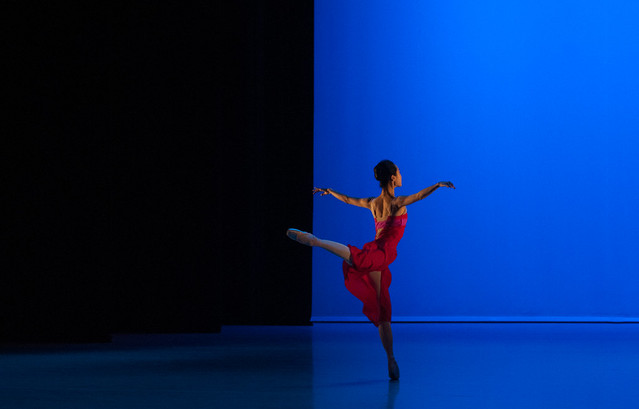 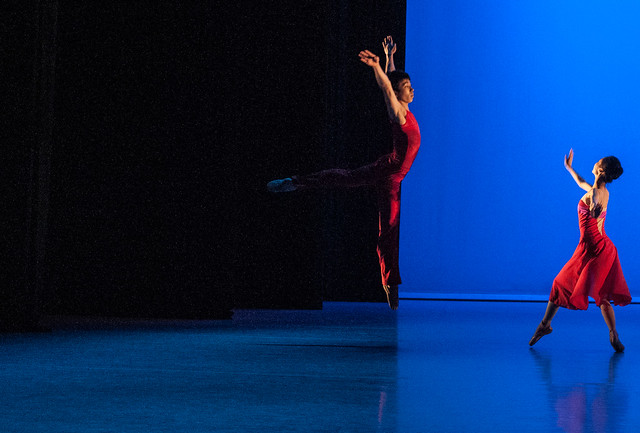 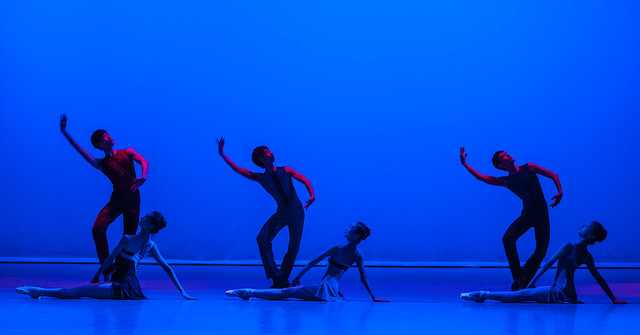 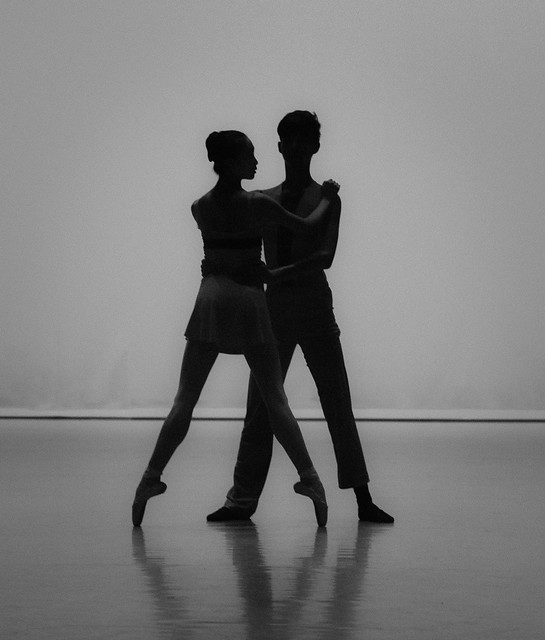 Over the past five days that I’ve been posting these photographs of Rush, I’ve also been developing some prints (using Lightroom) that I thought could be okay with a bit of work.

In all five shots, I’ve paid particular attention to the shadows cast by the dancers (thanks to Sue for the suggestion). I also spent a lot of time using the improved spot removal tool to clean-up the background, as well as removing marks from the dance floor, backdrop wrinkles, etc.

The second image is a stitch (via Photoshop) of three photographs. On the final shot, I used the Infrared Lightroom B&W Filter Preset, which I think worked remarkably well with the original bright blue background.

Please do let me know if you have any questions or comments. 🙂 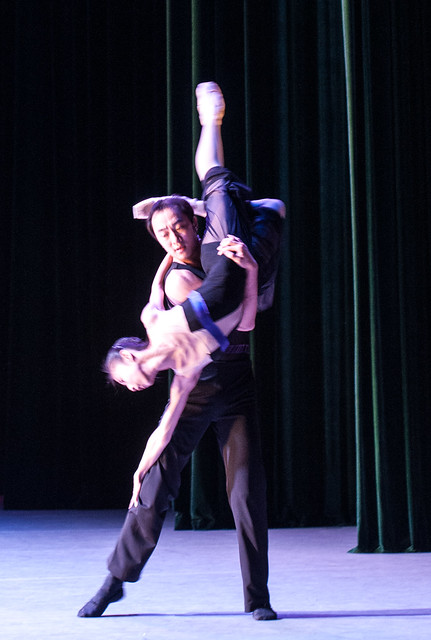 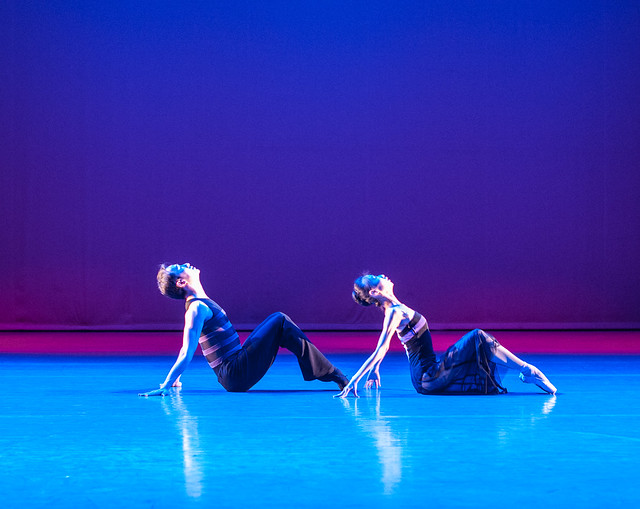 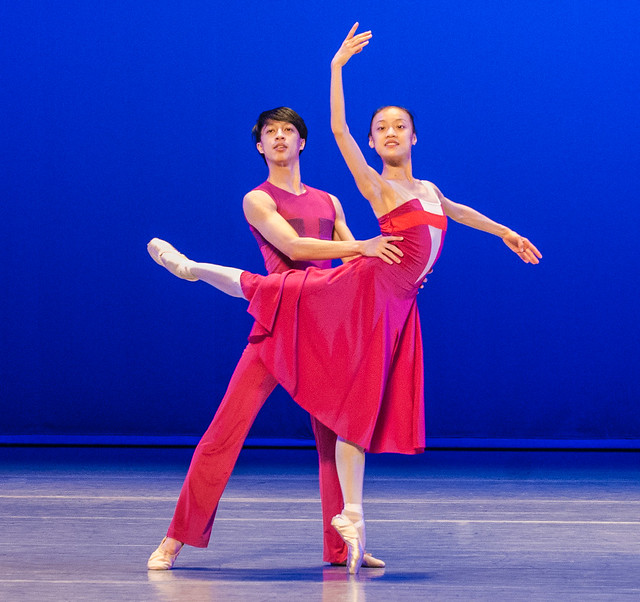 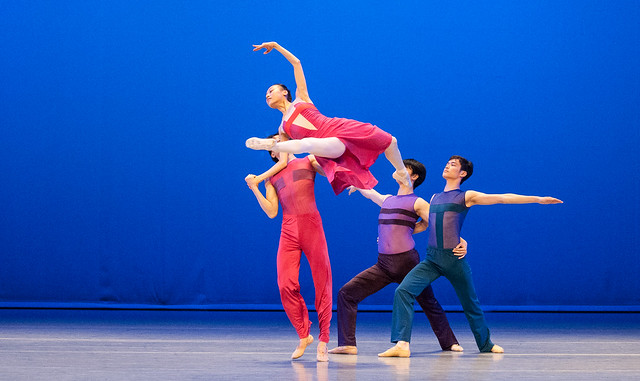 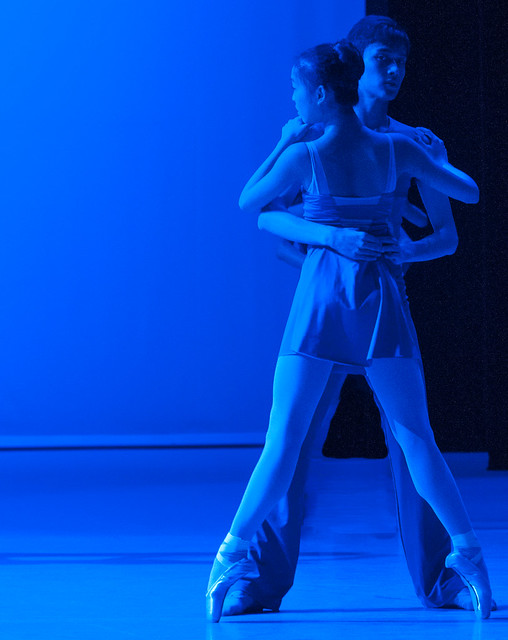 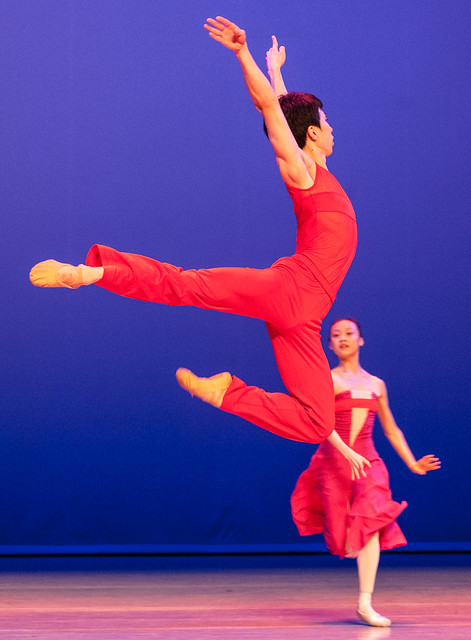 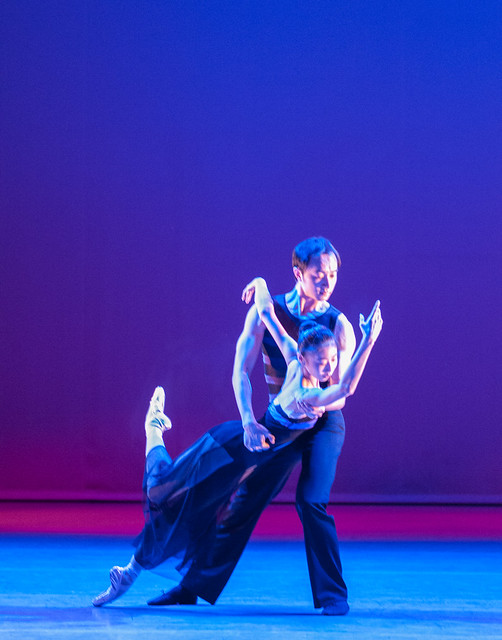 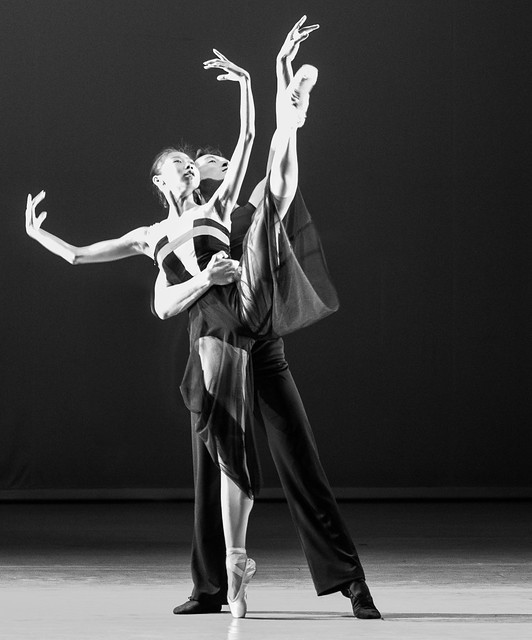 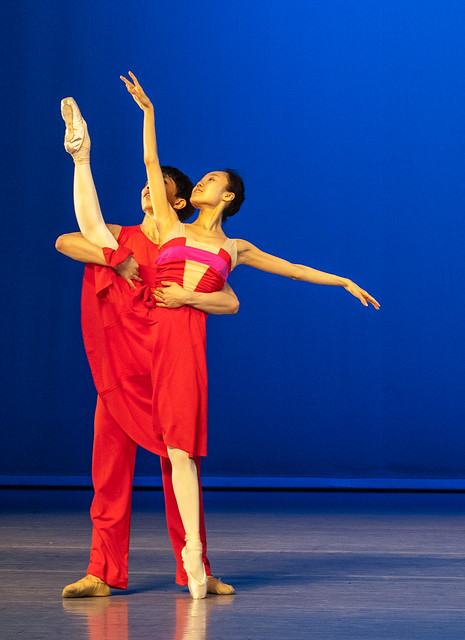 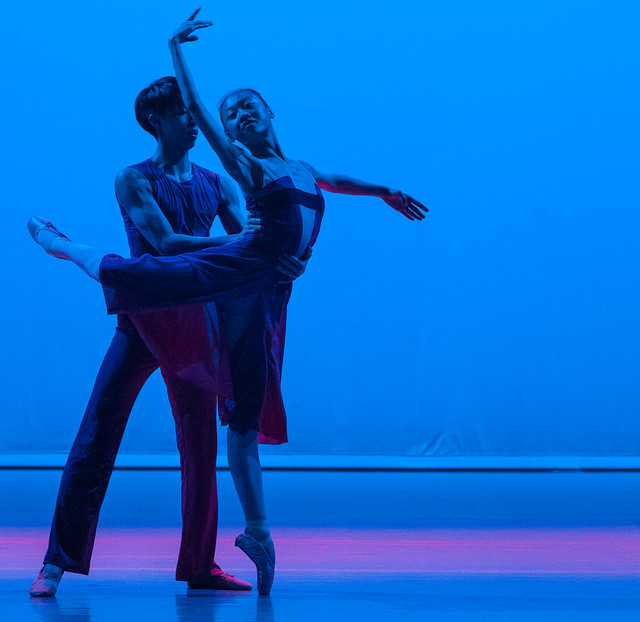 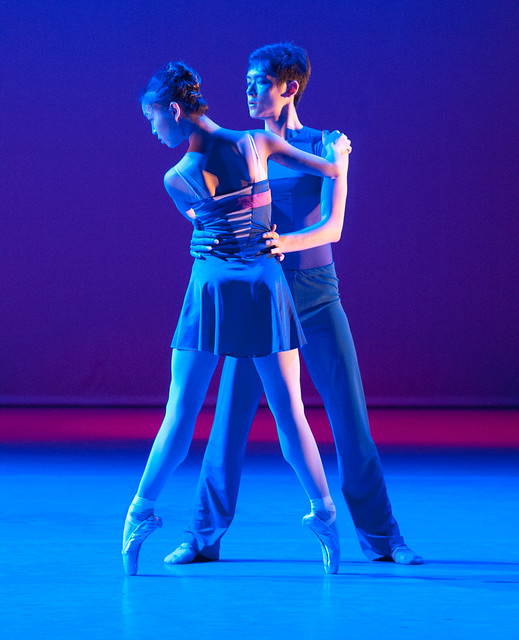 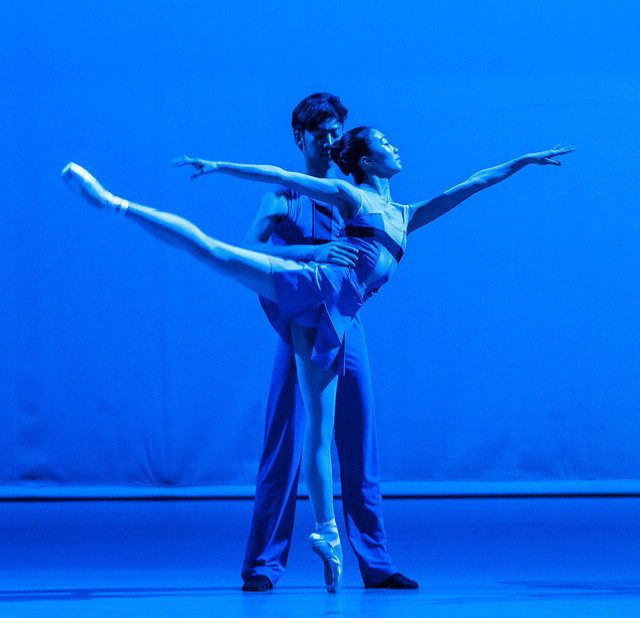 Tonight, Shanshan and I went to see the students perform in the main theater of the Beijing Dance Academy. There was a modern piece, followed by Company B (with some returnees from when I photographed it), with Rush as the finale.

After the performance, I was able to briefly show the photographs to Christopher, Feng, and Christopher, who said they liked the shots a lot. I’ll also be sending Feng high resolution jpegs so that he can give the images to the students.

I do like that I was able to capture these images during a rehearsal… that is, not having the dancers posed or using anything but available light.

Technical specifications are the same as with Rush 1. 🙂 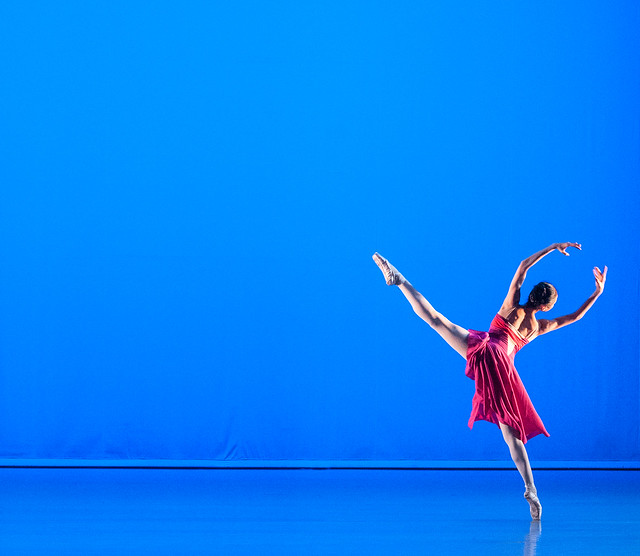 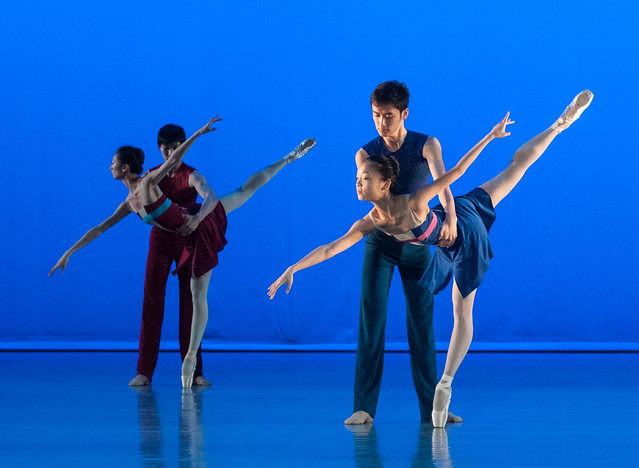 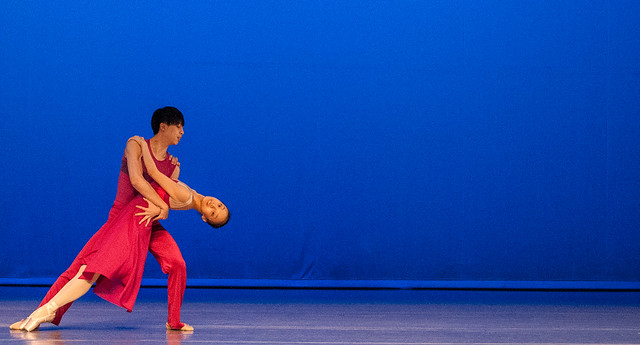 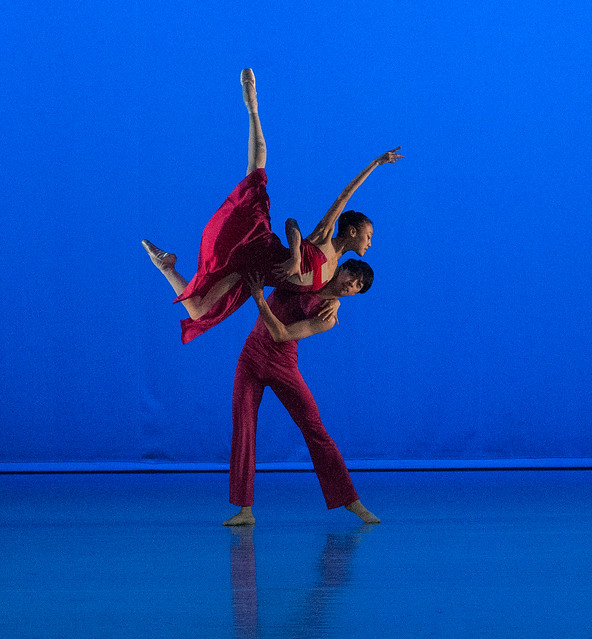 I was invited to shoot a working dress rehearsal of the ballet Rush at the Beijing Dance Academy on Friday.

Unlike when I shot Paul Taylor’s Company B at the Academy, I wasn’t familiar with Rush, nor did I have the luxury of watching numerous rehearsals as Richard Chen-See put the Company B together.

The good thin is that, as I noted above, Friday’s dress rehearsal was a working rehearsal, complete with numerous notes and run-throughs. This meant that the usually 24-minute ballet was rehearsed over a space of three hours, which gave me some opportunities to capture some of it correctly. I shot well over 1,000 frames, which I whittled down to 284 at the time I’m posting this blog.

Out of those, I’ll be posting four each day from the twenty which I thought were okay. They’ll be posted in order taken.

It was a real treat watching Christopher Wheeldon choreograph the ballet, and Christopher Stowell stage it. (Thanks again to Feng and Regina for giving me this opportunity.)

The lighting was, well, intense. Not only for their regular settings during the ballet, but because they were also undergoing adjustment. I spent a lot of time developing the photographs using Adobe Lightroom 5.4, and know I’ve got more work to do.