We took Chong Chong for horse-riding in the Shunyi District of Beijing. (The event was organized by Gymboree, which he attends on almost a weekly basis.)

This was his first time on a horse. Chong Chong was a bit skittish when I transferred him from my shoulders to the saddle, but he settled in quite fast after the horse started walking. I had one hand on his leg and the other on his back as we started out.

After a few minutes, and I asked the guide if it would be okay for Chong Chong to ride without me holding him. The guide said it would be fine as long as Chong Chong had both feet in the stirrups, and his hands on the straps. And, well, that was it… off he went riding by himself.

btw, this was the first time that Chong Chong has successfully ridden a four-legged animal (unsuccesful attempts are limited to our dog and two cats). 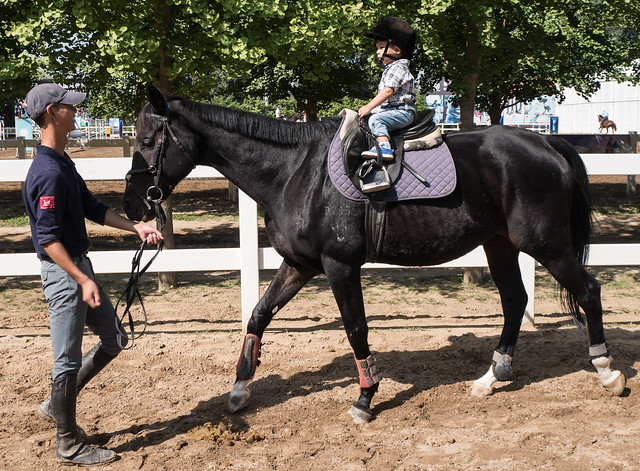 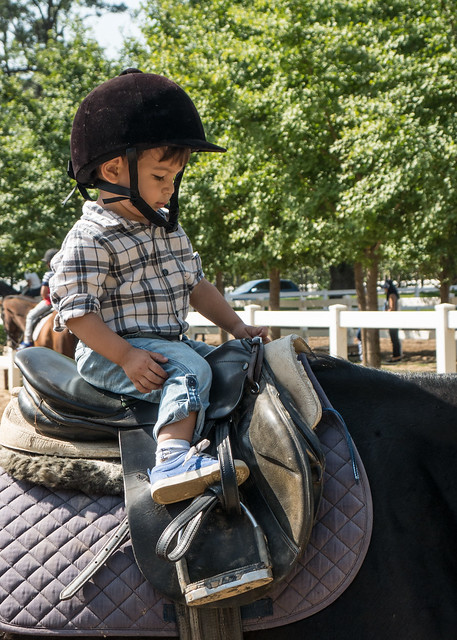 I’m a bit late in posting the monthly update. That said, I took this picture right around the appointed date, so I hope that counts for something.

Chong Chong has been riding on my shoulders since he was about three months old. 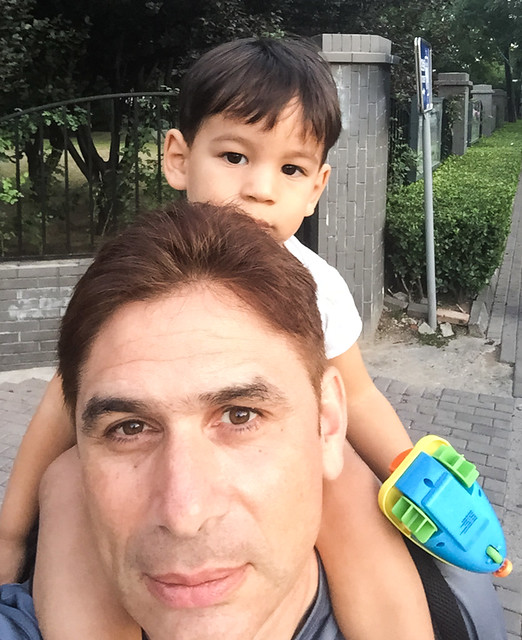