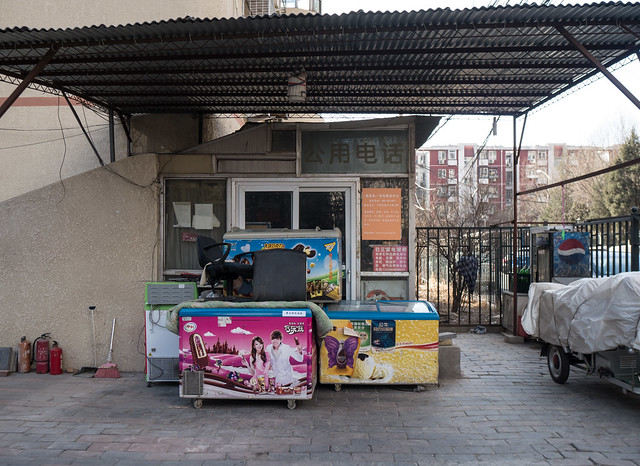 The couple that run our neighborhood bodega have gone home for the Spring Festival holiday. This is a migration that they, and perhaps half of the 20 million people who reside in Beijing, undertake each year.

There is a palpable change to the city during this time. In many respects, it slows down… becomes more like the city many older Beijing people remember from their youth. Areas which are prone to traffic congestion during the rest of the year are suddenly wide open.  Usually crowded spaces can be quite barren.

Well, with exceptions like the Temple of Earth, which I visited once during this period long ago, and vowed never to do so again.

Since most of the family lives in Beijing, we spend the holiday bustling around to lunches and dinners with them. Tonight, with the fireworks and firecrackers that mark the start of the new lunar year, is a nice lull for us. Chong Chong is asleep (at least until around midnight), and the animals are settled-in (except for Leo,  who will be my shadow tonight, as has been for every lunar new year he’s had in Beijing).

Tomorrow, our trek inside of the north capital of the middle kingdom begins…