A bit over a year ago, Shanshan checked into Xie Hu Hospital. After going through admittance, she was assigned to an eight-bed maternity ward.

Well, this being China, the women in that ward (including one that preceded Shanshan) setup a group in wechat, and have been chatting ever since.

They thought it would be nice to do a joint birthday celebration yesterday (which is actually Chong Chong’s birthday), so we got together at the newly constructed Crowne Plaza Beijing Lido hotel.

The festivities included the obligatory eating of cake: 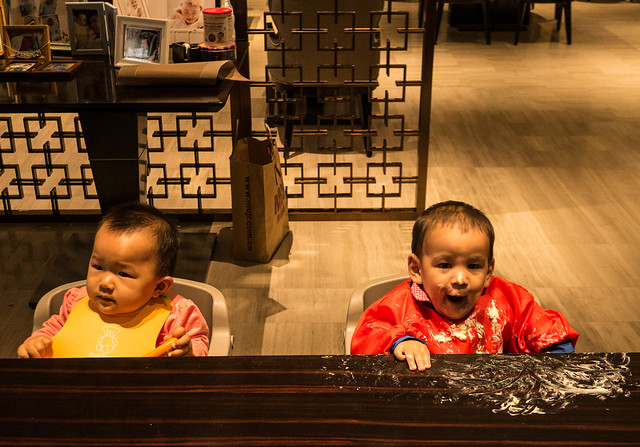 And, even though it is probably politically incorrect in this day and age to do so, I am going to point out the difference in eating styles between the girl on the left and my son on the right, and will unabashedly attribute it to a difference in their genders.

Oh, and after he finished with the cake, Chong Chong decided to continue eating the, well… 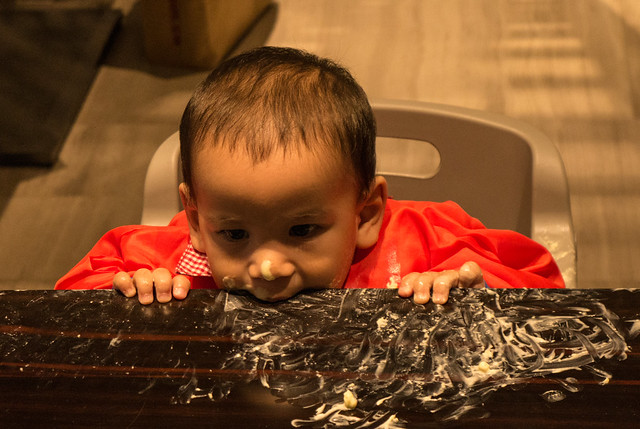 After this, the mothers successfully assembled all nine children on chairs.

Later on, seven of nine (sounds familiar in someway) fathers got together with their children for this shot: 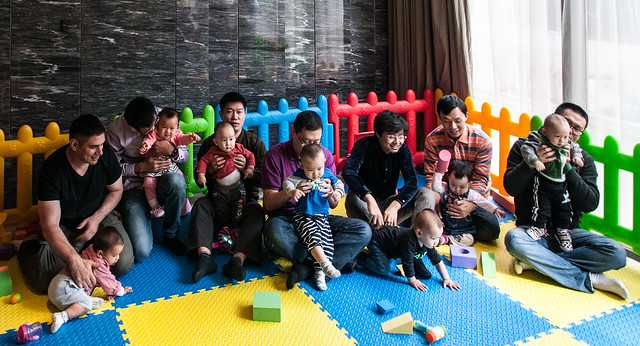 Oh, just in case you cannot recognize me, I’m the one on the left.

We also had lunch, which was fantastic. (Kudos again to the staff for their work on accommodating us.)

Now, for those who read my blog (and don’t just look at the pictures), I’ll be happy to answer questions you might have about what it was like having a kid born in a Chinese hospital (which is considered to be one of the best in the nation) as well as the fairly typical middle-class Chinese way that Chong Chong is being raised (Yue Sao for the first months, maternal grandparents living with us for the most part thereafter, etc).